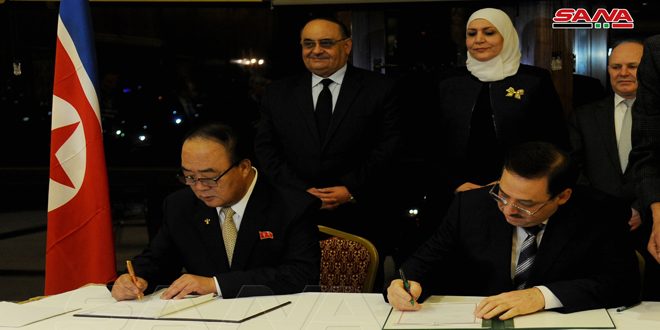 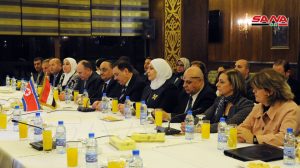 The protocol was signed by finance Minister Mamoun Hammdan on the Syrian side and Economy Minister Kim Yong-Jae on the Democratic Korean side.

The two sides also signed an agreement of cooperation in the fields of work and social care, Agriculture and fish in addition to an executive program in the field of scientific research.

The joint economic committee started its meetings on Saturday.

2019-12-11
m.eyon
Share
Previous A new batch of displaced families return from Jordan refugee camps
Next Ala calls for halting illegitimate activities of some Red Cross and Red Crescent societies on Syrian territories 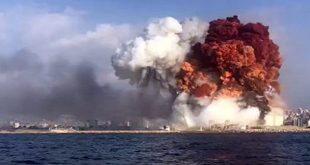 Massive explosion in Beirut due to huge fire in the port

Beirut, SANA- A massive explosion took place in Beirut in a huge fire that erupted …