Citizens of BouKamal celebrate Army’s victories in Aleppo and Idleb 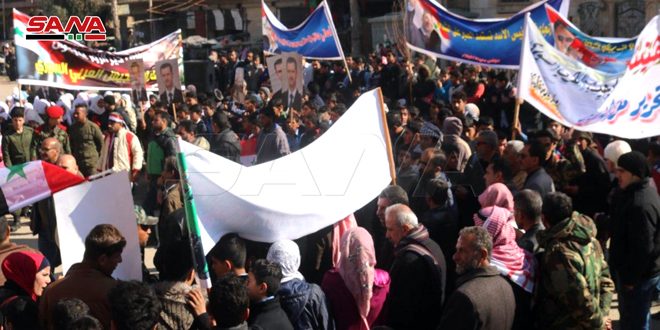 Deir Ezzor, SANA-Citizens of al-BouKamal city in Deir Ezzor southeastern countryside held on Wednesday a popular gathering in the center of the city in celebration of the Syrian Army’s victories over terrorism and its supporters in Aleppo and Idleb.

The citizens, who raised the national flags and pictures of President Bashar al-Assad, saluted men of the army who record the heroic legends to liberate Syria’s soil from dirtiness of terrorism, affirming their commitment to Syria’s sovereignty and territorial integrity. 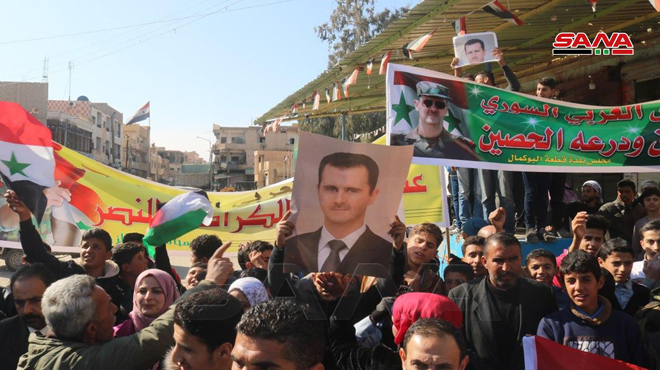 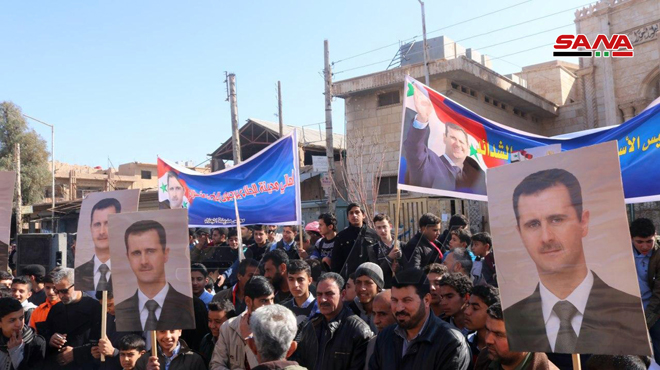 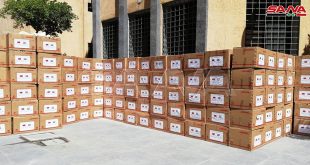 Damascus, SANA- Health Ministry on Thursday received a second batch of aid from the People’s …