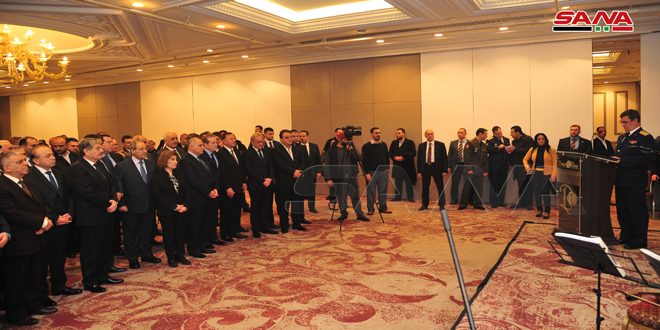 Damascus, SANA – The Russian Embassy in Damascus on Sunday organized a reception at Dama Rose Hotel on occasion of the 102nd Defender of the Fatherland Day. 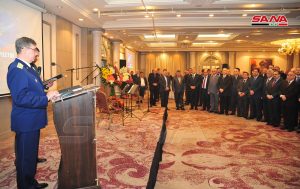 In a speech, the Embassy’s Military Attaché Col. Aleksander Grinenko said the Russian forces stand alongside the Syrian Arab Army in fighting terrorism and its masters who exploit it to achieve geopolitical goals.

Grinenko stressed the need for avoiding double standards and unusual claims in international politics, and to instead employ approaches based on just and fair basis. 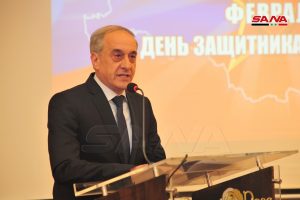 For his part, Assistant Foreign and Expatriates Minister Ayman Sousan praised the Russian forces’ support for the Syrian Arab Army in the confronting terrorism, asserting that Syria will continue its war on terrorism until it is eliminated completely and until security and stability are restored across the entire country.

Sousan said that Russian servicemen fought with honor alongside their comrades in the Syrian Arab Army, which embodies the historical relations between the two countries.