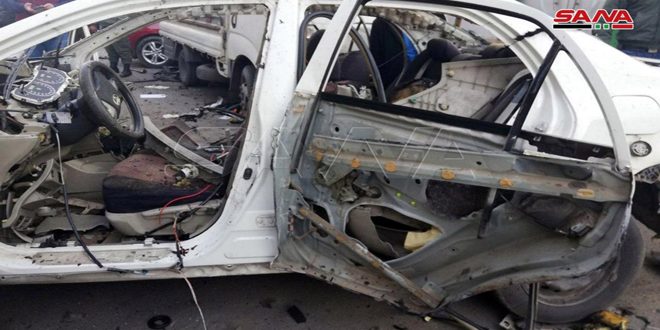 Damascus, SANA – One civilian was martyred and another was injured on Tuesday in the explosion of an IED planted by terrorists in a car near Tishreen stadium in Damascus.

SANA’s reporter said that terrorists detonated an IED they had planted on a Hyundai car which was parked in the surrounding of Tishreen Stadium in Damascus, and the explosion led to the martyrdom of one civilian, while another civilian sustained critical injuries and was rushed to al-Mujtahed Hospital for treatment.