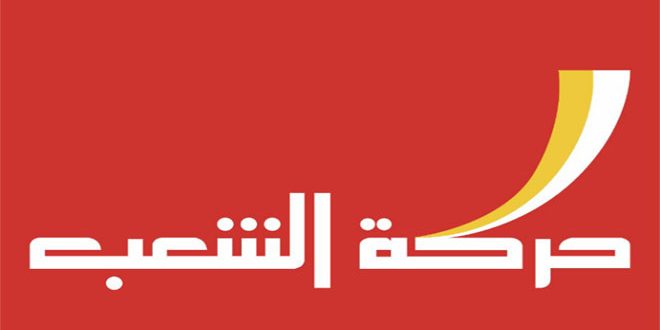 Beirut, SANA-  The People’s Movement of Lebanon (PML) has renewed its standing and solidarity with Syria, strongly denouncing the Western unilateral coercive measures imposed on it in a time when it is combating the outbreak of the novel coronavirus (Covid-19) along with all the countries of the world.

In a statement issued on Wednesday, the Movement hailed the victories achieved by Syria in the global war waged against it since the year 2011 under a US supervision and administration and with the participation of US allies and followers, particularly the Israeli occupation entity and some retroactive Arab and regional countries and through using their tools of terrorist organizations.

The statement affirmed that those victories have been achieved thanks to the awareness and nationalism of the Syrian people and the sacrifices of their army supported by the friendly states and the resistance forces.

The movement considered that the dictations and pressures which the US seeks to impose on Lebanon through making it implement the unilateral coercive measures on Syria don’t only aim to harm the Syrian people, but to push Lebanon towards more economic and financial collapse and to destabilize the country and sow sedition in it.

Ambassador al-Sabbagh: OPCW decision on alleged use of chemical weapons in al-Latamina in Hama is politicized

The Hague, SANA- Permanent Representative of Syria at the Organization for the Prohibition of Chemical …