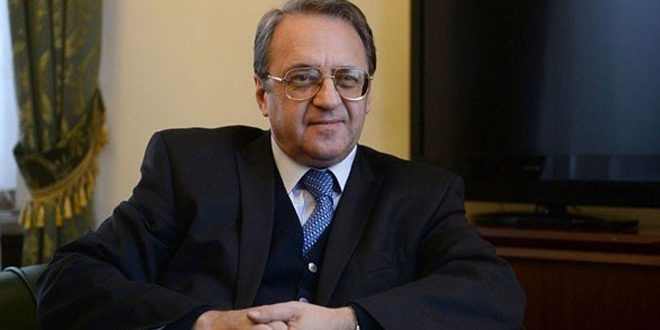 Moscow, SANA – Russian President’s Special Representative for the Middle East and Africa, Deputy Foreign Minister Mikhail Bogdanov reiterated that his country paid a great attention to the political process led by the Syrians themselves based on UN Security Council Resolution no.2254.

Bogdanov pointed out the importance of Astana track in finding a solution to the crisis in Syria and launching and organizing the work of the constitutional committee, expressing Moscow’s rejection of all attempts to interfer in the independent countries’ internal affairs.

He asserted that the Russian-Syrian relations are based on mutual respect and adhering to international and bilateral obligations.

Bogdanov pointed out that tackling the strategic issues of the economic and trade cooperation between Russia and Syria is being carried out effectively within the frameworks of the bilateral governmental committee, indicating to that a lot of agreements and memorandum of understandings were signed during the recent years which aim at activating the relations between the two countries.

Bogdanov added the Russian companies’ participation in the reconstruction process in Syria serves the interests of the two countries. 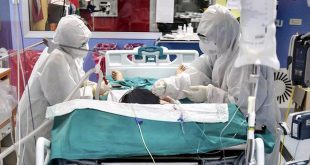 Capitals, SANA- The novel coronavirus (Covid-19) has claimed the lives of more than 987,748 people …