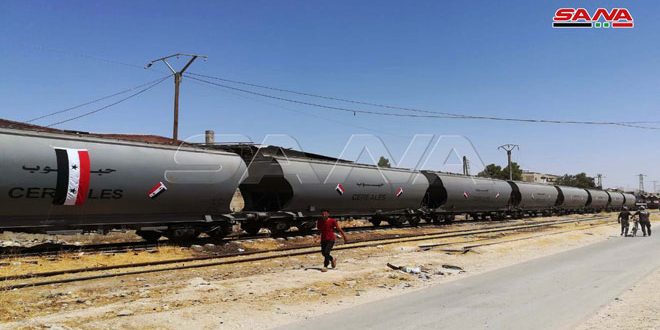 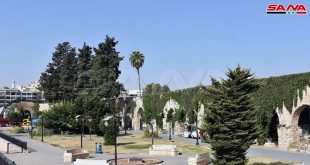 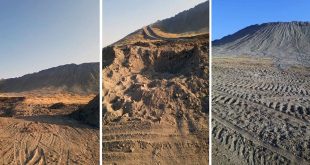 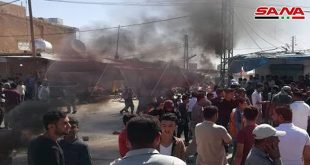 Damascus Countryside, SANA-After a nine-year of suspension, the first grain-carrying train loaded with 1000 tons of wheat arrived on Saturday in Damascus countryside from Tartous port, paving the way for the resumption of the rail traffic among the capital, the central and coastal regions, particularly transporting food materials.
Transport Minister Ali Hammoud said, in a press statement, that the train set off from Tartous port, carrying 1000 tons of grain, arrived on Saturday morning in Sbaineh silos in Damascus countryside paving the way for the resumption of the rail traffic .
Al-Hammoud appreciated the efforts exerted by the workers and technical cadres of the General Organization for Railways and the General Company of Railway Construction for rehabilitating and maintaining the railway line extending from al-Nasriyah to Sbaineh in Damascus country side .
Bushra Dabin/ Hala Zain 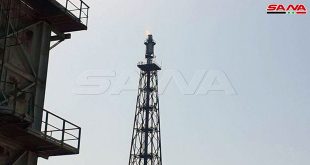