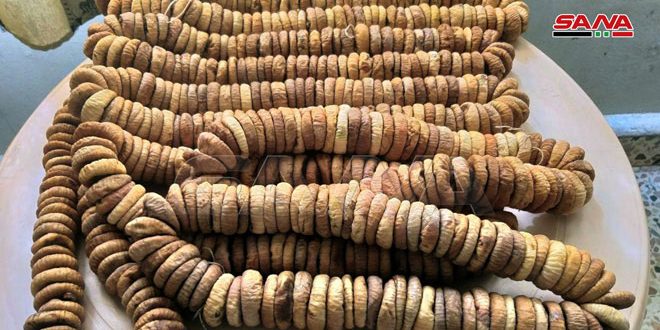 The fig season also provides job opportunities for many families in the northwestern countryside of Homs, which is famous for its cultivation, and it is either marketed fresh or dried or used in making desserts called “al-Qalayied (the necklaces) and al-Hababil,”. In a statement to SANA reporter Fahema Mahfoud from al-Qabo village in Homs countryside, said that she works on drying figs for days through placing it in sun then steaming it and after that she either cuts it into pieces or grinds it.

She said that she stores part of it as food for her family and sells a good amount of it to provide an additional financial income for the family.

The dried fig industry is one of the heritage customs inherited from ancient times.

Director of Homs agricultural Directorate, Nazeh al-Refaee said that the number of fig trees amounted to 110,552, of which 105,198 are fruitful and the vast majority planted rainfed on areas about 2,720 dunums.

The estimated production of figs for the current season in the province is 2,912 tons with a remarkable increase from the last season’s production which reached to 1570 tons.

Fig tree grows to a height of 6.9–10 meters, with smooth grey bark.

The leaves are 12-25 centimeters long and 10-18 centimeters across, and deeply lobed with three or five lobes.

The fruit is 3–5 centimeters long, with a green skin, sometimes ripening towards purple or brown.

Figs are one of the highest known plant sources of calcium and fiber.

Figs have a laxative effect and contain many antioxidants.

They are also rich in sugars and useful for people suffering from anemia. 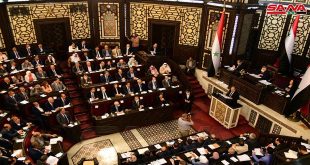