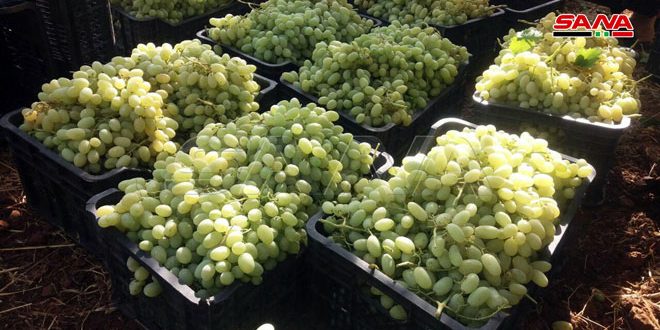 Quneitra, SANA- Agriculture Directorate in Quneitra estimated the province’s production of grapes to reach nearly 2800 tons from the total of cultivated areas in the province. Agriculture Director, Hussein Asalan, said in a statement to SANA that the vine cultivation varies between the land vine and pergola, adding that it is also distributed between the rainfed trees which their area is amounted about 1550 dunums and the irrigated ones cultivated on 1586 dunums, with 150754 trees as a total.