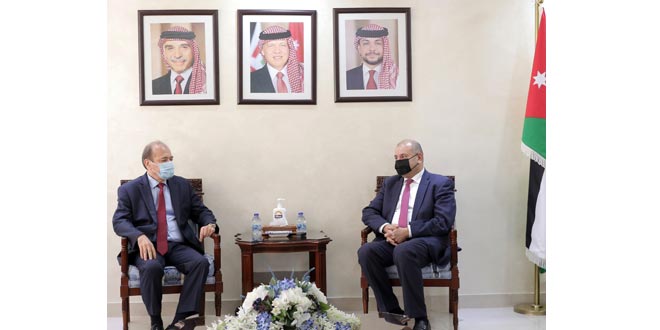 Amman, SANA- Speaker of the Jordanian Parliament, Lawyer Abdul Moneim al-Awdat, discussed on Thursday with Chargé d’Affairs of the Syrian Embassy in Amman, Ambassador Essam Nyal, means of boosting parliamentary cooperation between the two countries and issues of common concern.

Al-Awdat said, “The Jordanian-Syrian parliamentary coordination is continuous and we are keen on developing it to achieve the interests of the two brotherly peoples and serve the issues of Arab nation, especially the Palestinian issue.

He stressed the importance of reaching a political solution to the crisis in Syria that preserves its security, stability and preserves it territorial integrity.

For his part, Ambassador Nyal hailed Jordan’s stances towards Syria, stressing the importance of strengthening and developing aspects of joint parliamentary coordination and exchanging visits of parliamentary delegations. 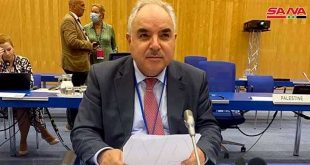 Vienna, SANA- Syria’s permanent representative to the United Nations and other international organizations in Vienna, …