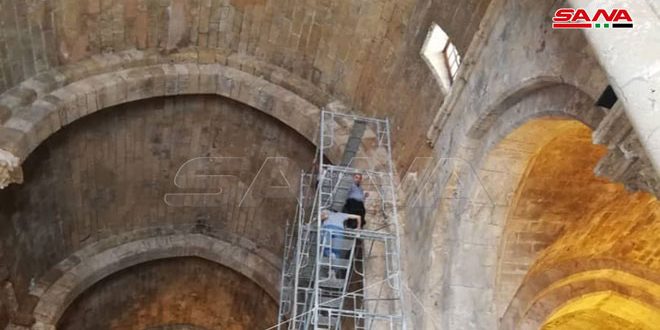 Tartous, SANA- A specialized team from the technical lab of the Directorate-General of Antiquities and Museums in Tartous has begun acts of restoration and fixing operations of architectural elements that were subjected to fragmentation at the cathedral of Tartous Museum.

Director of the Department of Antiquities in Tartous, Eng. Marwan Hassan, told SANA that the work was launched according to delicate plans that began with the visual and written documentation of all stages, and then fortifying the stone by using globally-tested special materials that fit the type of cathedral building stone.

Hassan pointed out that the reason behind carrying out the restoration works was due to the damage that affected the stone in the cathedral due to the nature of the coastal environment and the proximity of the building to the sea, where the moisture factor largely affected the building stones.

Tartous Museum, with its current construction, is one of the most important archaeological buildings of its kind at the level of the governorate and the country  as it embraces the only cathedral that still exists with all its elements and architectural details, the most important of which is the presence of the oldest church dedicated to the Blessed Virgin Mary in the world. 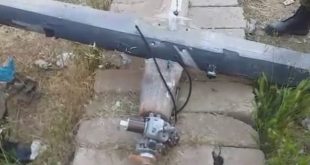