Ambassador Ala: Coercive measures that target Syria harm its efforts in development and reconstruction 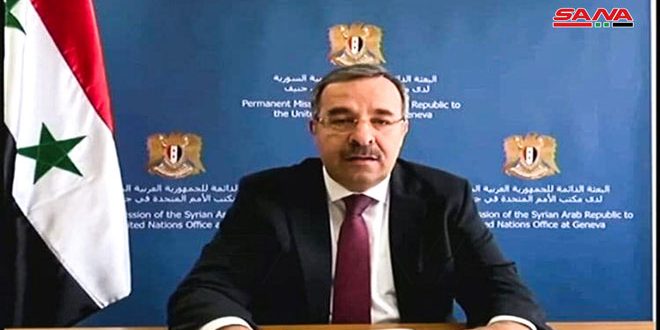 Geneva, SANA-Syria’s permanent representative to the UN in Geneva, Ambassador Hussam al-Din Ala, affirmed that the Syrian Arab Republic condemns the unilateral coercive measures imposed on the country, indicating that these immoral measures harm its efforts in development and reconstruction.

Ala, in a briefing to the UN special rapporteur concerned in the negative impacts of sanctions at the 48th session of Human Rights Council, said that the imposition of unilateral coercive measures in their various forms and names contradict the rules of international law and the principles and purposes of the Charter of the United Nations, mainly the principles of respect for the sovereignty of states, their right to self-determination and non-interference in their internal affairs.

Ambassador Ala added that the so-called “Caesar Act” whose effects go beyond the borders of the United States constitutes an example of the arbitrary acts of using economic and financial force and it lacks any legal or moral basis.

“It is also an economic terrorism that requires accountability for the massive human suffering that affect the citizens of the targeted countries without discrimination,” Ala said.

Ambassador Ala called for lifting the coercive measures imposed on the Syrian people immediately, as they impede the work of humanitarian agencies to provide relief aid. 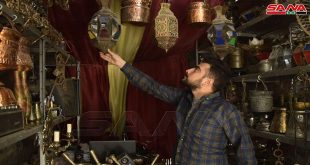 With tireless efforts… Namra establishes his own project despite injury

Aleppo, SANA-An accident had no impact on the will and determination of the Homeland Wounded, …