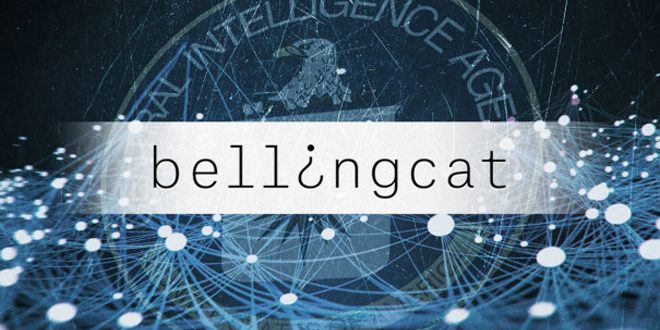 Damascus, SANA-Scandals of western intelligence apparatus and their falsification with mass media to fabricate misleading press coverage on the terrorist war in Syria come successively.

While vehemently insisting that it is independent of government influence, Bellingcat website, Since its launch in July 2014, has cemented itself as a darling of mainstream Western media, but it is funded by both the US government’s National Endowment for Democracy and the European Union.

GRAYZONE website reported that CIA officials have declared their “love” for Bellingcat, and there are unambiguous signs that the outlet has partnered closely with London and Washington to further the pair’s imperial objectives.

To explore the relationship between Bellingcat and centers of imperial power, look no further than its officially published financial accounts from 2019 to 2020. According to these records, Bellingcat has accepted enormous sums from Western intelligence contractors.

These war-profiteering firms have in turn provided direct support to Al Qaeda-allied groups in Syria – the same elements that have provided Bellingcat with “evidence” to convict Damascus in absentia on all manner of dubious charges.

Bellingcat’s cast of Western intelligence-connected funders is just the latest indication that its founder Eliot Higgins receives privileged, slanted information from extremist sources within Syria, and that his organization’s media operations have been conducted in concert with these elements.

In 2019 to 2020, Bellingcat received just over €5,000 from Washington-based contractor Chemonics. As The Grayzone has documented, this company conducts US government-funded intelligence and destabilization operations the world over.

The report stated that the site receives huge funds from Washington and the EU to achieve their colonial goals, and there are official financial accounts asserting that the site received huge sums of money from contractors with Western intelligence, who in turn provide direct support to terrorist organizations in Syria.

It referred that those intelligence contractors are the same ones who gave Bellingcat website fabricated evidence to accuse the Syrian Arab Army of carrying out alleged chemical attacks.